Protecting Your Loved Ones

If you hear vague scuttling in your home at night or see quick flashes of movement along the floor, you might have mice in the house. Mice are so small that they're often hidden out of sight and do their work unnoticed. Odd odors, weird noises, and disturbed food might be the only clues to their presence. If you suspect you have mice, even if you don't see them, you should call for an inspection to make sure they aren't destroying your home. An inspection verifies their presence and determines how they are getting inside. Here's what an exterminator may look for.

If mice are nesting behind a wall, it may be difficult to find their bodies, but they leave clues behind. One thing the exterminator looks for is mouse droppings since the mice leave these behind as they move around the house. Mouse droppings may be in the back of your cabinets, along a floorboard, behind the stove, or under a kitchen sink. Droppings are often found along established trails. Trails show up as dark, greasy paths or areas where footprints show in dust or dirt. The size of the droppings and the markings on the trail can also let the exterminator know if you're dealing with mice or rodents.

Nests and Signs of Damage

If you have a mice infestation, there are probably gnaw marks in your home. The mice gnaw on plastic, wood, paper, and cardboard looking for food and to gain access to blocked areas. The exterminator may find boxes or sacks of food gnawed open and spilling into the back of your pantry. The mice might even gnaw on wiring and leave teeth marks in the plastic coating of the wires. Nests are another sign of an infestation.

Your exterminator might find nests with live mice in them or old abandoned nests. The number of nests found gives an indication of the size of the infestation and whether the infestation is ongoing or old. However, it's also possible the mice nest outdoors if the weather is mild and just come inside for food. Other indications of a mice infestation are the odor of urine or the musky smell of their body odor, which might be quite strong in an attic or wall space.

Holes to the Outside

A mice inspection also entails looking over the outside of your home. The exterminator looks for signs of rodent activity in your yard in plants, around animal enclosures, and near trash bins. The exterior of your home is examined closely too for tiny gaps and cracks that allow the small mice to wiggle through. These will have to be closed later when your home is treated for mice removal. The gaps currently used by the mice may have a strong odor or have grease markings on them that rodents leave behind as they squeeze through.

Once the presence of mice is confirmed and the entry points have been identified, the exterminator can deploy traps and seal entry points to get rid of the mice. Complete recovery from an infestation may also require disinfecting and cleaning up the mess the mice made in your attic as well as repairing damaged walls and electrical wiring. For more information, contact a local residential mice inspection service. 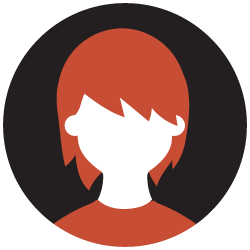 All of my life, I’ve lived in the southern United States. I absolutely adore this part of the country. However, during the spring and summer months, I always dread the onslaught of mosquitos in my backyard. Thankfully, you have many options for ridding your property of these pests. For instance, you can purchase scented candles, trim the shrubs in your yard, and get rid of all of the standing water on your property. In addition to these DIY remedies, you can also seek help from a professional pest control specialist. A pest control expert can kill both the existing mosquitos on your property and the mosquito eggs that haven’t hatched yet. On this blog, I hope you will discover the benefits of hiring a pest control company to help you with an insect infestation. Enjoy!